Shiffer: A Legacy In The Air 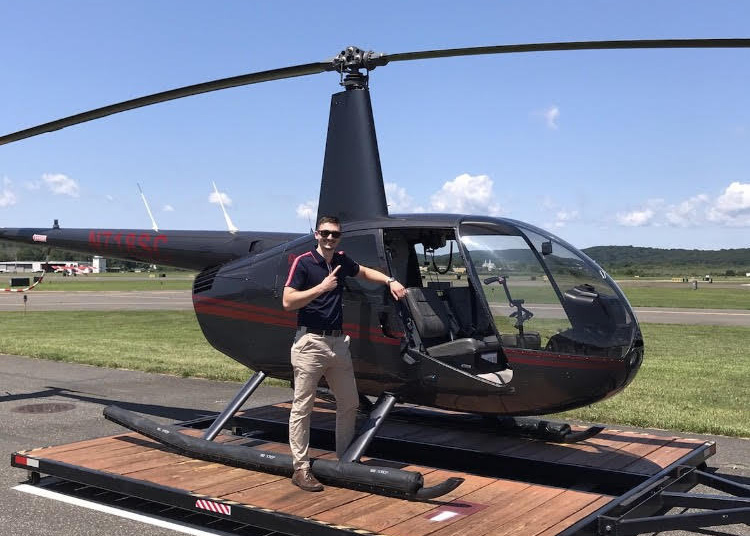 Growing up Tadd Shiffer, Jr. was surrounded with stories of the Vietnam War and stories of his grandfather’s time in the U.S. Air Force during the conflict, at the age of 14 and in the 8th grade Shiffer  knew exactly what he wanted to do after high school, engineer the next generation of military aircrafts.

His grandfather, Ret. Captain Raymond Morgan was a signal jammer with his crews on both the B-52 bomber and Douglas B-66 Destroyer. Morgan’s job was to disrupt enemy radar location signals and protect the aircraft from Surface to Air Missiles. One story stuck in Shiffer’s head, the story of how his grandfather helplessly watched as his friends, crew and brothers perished due to a design flaw of their aircraft.

“My grandfather’s story made me want to become an engineer because I wanted to design the next generation of military aircraft so than more American military lives are not lost due to careless engineering like his crew,” says Shiffer who is currently an  Aerospace Engineer with Lockheed Martin Company.

Attending Pine Grove Area High School, Shiffer participated in many organizations such as Soccer, Track & Field, Cross Country, JROTC, Cardinal Marching Band, the Morning Show and Boy Scouts of America Troop 651. He would then further his education at Daniel Webster College when the school was bought out by Southern New Hampshire University where he soon finished his schooling in the Spring 2019 with a Bachelors in Science, Majoring in Aeronautical Engineering, Minoring in Applied Mathematics. During the summer of 2017, he was offered an internship, with the help of his college advisor, with Lockheed Martin, “The real Stark Industries,” Shiffer refers to his employer, at the Sikorsky facility. During his internship he was diagnosed with testicular cancer and continue to devote time to his treatments and to his internship. Noticing his initiative, the company offered him a job after his schooling was over. He would return to another internship during the summer of 2018 and graduate from Southern New Hampshire University in 2019. His college career was filled with many great achievements such as becoming president of three clubs, Theatre and Video club, AIAA – American Institute of Aeronautics and Astronautics, American Society of Mechanical Engineers. He would also be initiated into Sigma Gama Tau, an aeronautical and aerospace engineering honor society.

He started his career as a Conceptual Aircraft Design Engineer at Sikorsky Aircraft of Stratford Connecticut on June 17th, 2019. His job is to design aircrafts and sections of aircrafts to accomplish tasks to such as rescue missions and cargo transport. His has the ability to work his own hours as long as he hits a benchmark of 80 hours every two weeks. His daily work includes the usage of CAD, 3d printing and lots of number crunching to complete his daily engineering tasks. Parts of his career include meeting with customers and directors across the country to understand and discus the needs and capabilities of their aircrafts. “I really enjoy working for a company that cares about their employee’s wellbeing and the products that we make that protect American service members lives,” said Shiffer.

During his free time, Shiffer volunteers with multiple groups such as the, his local ASPCA, high school STEM programs, “It is very fulfilling working with high school STEM outreach programs because I get to involve our youth in challenging and realistic yet fun problems that we are facing in the world of engineering today. Being able to inspire younger generations through hands-on educational projects is one of the easiest and fastest ways to get people interested in engineering and all that goes with it,” Shiffer explains why he enjoys educating high schoolers. He is also working with the Connecticut Air & Space Center to restore the Sikorsky Sky Crane prototype and a World War II F-4 Corsair. He also indulges in hobbies such as lifting, kayaking, mountain biking, hiking and in his own words “Gaming with the boys.” After retirement he plans to tour the world and attend all 21 Formula 1 Grand Prix’s.

From the time spend with his grandfather to the hours of studying in his dorm room, Shiffer never let the bright light of his dream burn out but instead he kept feeding the flame to glow even brighter. Hours upon hours were spent preparing for interviews, projects and final exams. His new career marked not only a new chapter in his own life but opened the doors to future innovations in the field of aeronautics. A kid with a dream, became an adult who started a long-lasting legacy of involvement in air above the clouds.