Columbia Ain’t Afraid of No Ghosts 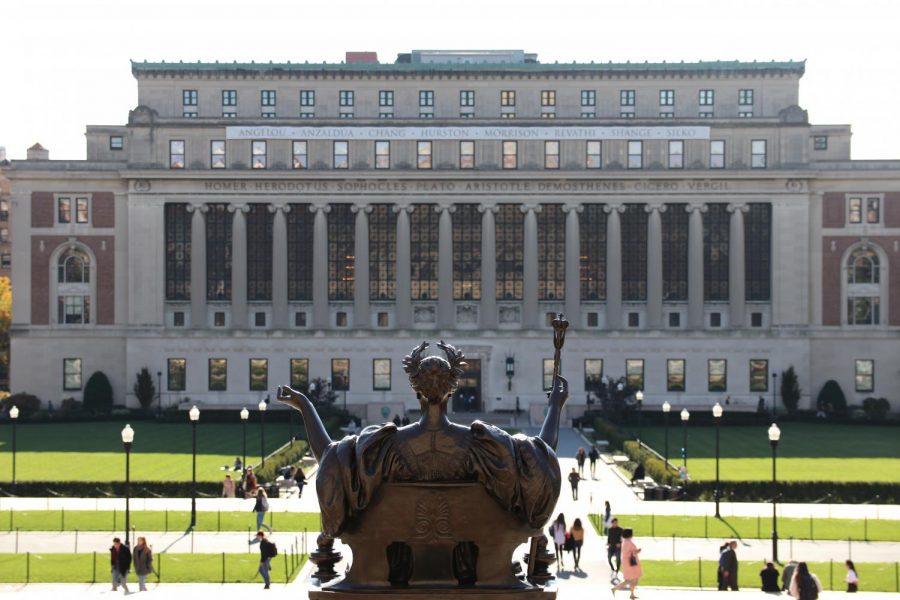 The recreation of the Alma Mater Statue and Butler Library in the Background.

On Monday, November 4th the students of the Cardinal Chronicle took a trip to New York.  They took a trip to Columbia University in the upper West side of New York City. Throughout the day they went to 45 minute sessions learning about many different ways to boost their journalism skills.  What many of you may have not known though, is that the 1984 blockbuster film Ghostbusters takes place there. Dr. Peter Venkmen, Ray Stantz, and Egon Spangler are all scientists at the university. Dr. Venkman’s room is an actual room you can visit.  It is room 309 in Havemeyer Hall, renamed Weaver Hall for the movie. The lecture hall that was used in the movie was also used in many different movies just like Spiderman.

Two people who were Ghostbuster phanatics were staffer Logan Zimmerman and teacher, Mr. Dusko.  They went around trying to find all the landmarks and recreate scenes from the movie. At the beginning of the movie there’s a scene where the Ghostbusters get kicked out of the University, Logan posed like Venkman while Mr. Dusko took the picture with the Columbia University Library in the background.  In the movie Venkman is talking to Stantz about what they are going to do now that university is not funding them anymore. It is a pretty iconic scene in the movie.

The second scene they recreated was behind the Alma Mater statue with the Butler Library in the background.  This is one of the most iconic scenes in the movie because that is where the name and logo of the movie comes up.  Logan took this picture and he could not completely recreate it as in the movie they had a ladder to get a higher view on the statue but Logan could only get the picture from the stairs.