Christmas is right around the corner, which means its niche genre of entertainment is coming back. From new movies to new songs, the infection of the holiday season all begins shortly after November. Illumination Entertainment decided to profit off the holiday craze with the release of the new The Grinch.

The original story of Dr. Seuss’s character has been adapted into three movies. How the Grinch Stole Christmas! was the title of the first two movies, the animated movie in 1966 and the live action version in 2000. On November 9, 2018, Illumination Entertainment released the animated The Grinch, which I got the chance to go see. It is the tale of the “Grinch,” a tall, furry-creature who hates Christmas but lives on a mountain near the Christmas-loving town of Whoville. Because of his hatred for Christmas, he attempts to steal the joy of Christmas from the Whos.

Personally, I enjoyed the movie but I don’t think it was as good as the previous adaptations. I did really enjoy the 3D version of the movie and I think it told the story well in a more modern way. Though, I was a bit disappointed in how fast the storyline moved along.  All in all, I do recommend seeing this movie and I think it is a great movie for all ages.⅗ stars overall. 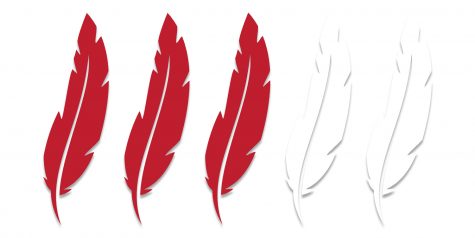