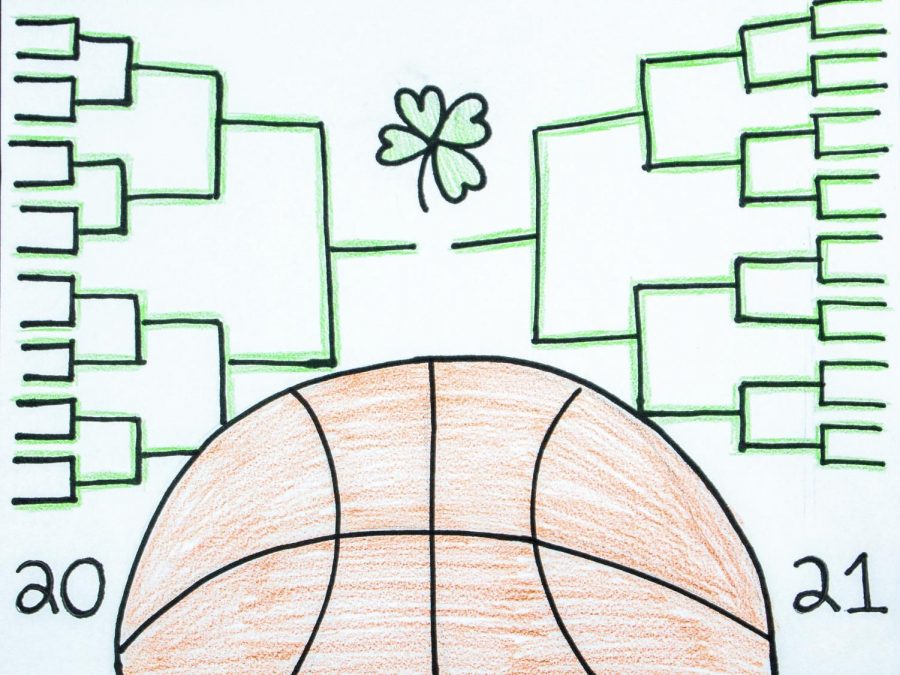 March Madness is a highly anticipated tournament for college basketball. There are 64 teams that start the tournament and at the end there is only one winner. Going into the tournament the favorite to win was the undefeated Gonzaga Bulldogs, but in March anything can happen.

In the round of 64 teams there were some very competitive games and some upsets. The biggest upset in this round was Oral Roberts beating Ohio State. Another big upset was Virginia losing to Ohio. Abilene Christian beating Texas was a pretty big upset as well. Oral Roberts was such a huge upset, that going into the game they only had a 7 percent chance to win the game. They then continued their tournament run in the round of 32 with a win over Florida. With that win they tied the record for the farthest a 15 seed made it in the tournament. The number one seed Illinois got eliminated by the eight seed Loyola Chicago, which caused a lot of commotion and ruined a lot of brackets.

In the sweet sixteen, twelve seed Oregon State got a win over eight seed Loyola Chicago.Then, eleven seed UCLA beat two seed Alabama. UCLA continued their run with a win in the elite eight over Michigan. Expectedly, Gonzaga, Baylor, and Houston all won as well. The final four started with Baylor matching up against Houston. Baylor had controlled the whole game and took an easy win. The next game for UCLA,  against Gonzaga. The game back and forth the entire time. The game went into overtime but eventually ended with Gonzaga’s Jalen Suggs hitting a half-court buzzer beater. In the championship Baylor took off to a commanding start and never looked back taking the win over Gonzaga to win the championship.