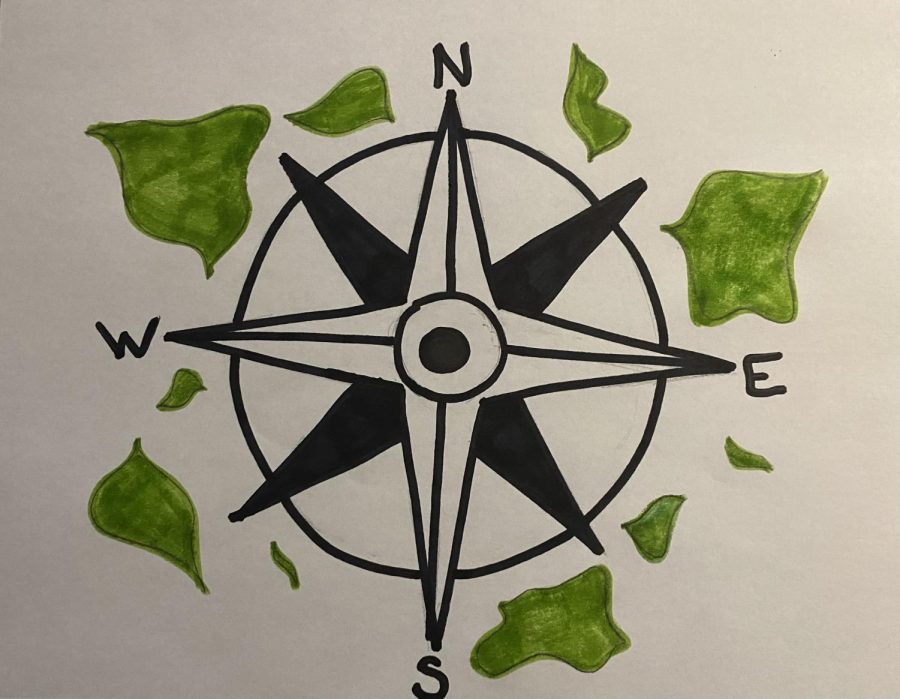 An illustration of a compass to represent the movie Uncharted taking place in many different locations throughout the movie including Barcelona, Spain, and the Philippines.

The movie Uncharted was directed by Ruben Fleischer and released on February 18th, 2022. It is a two hour long movie full of action and thrill. I thoroughly enjoyed the movie, I found it very interesting and action packed. There are many times that the movie put me on edge and made me curious as to what would happen next. And at times the movie had some major mood swings. Tom Holland and Mark Wahlberg played their characters very well too.

Uncharted takes place in many different locations throughout the movie including Barcelona, Spain, and the Philippines. A treasure hunter named Sullivan or “Sully” finds a smart man by the name of Nathan Drake who will help him search for abs recover and 500-year-old lost fortune from Ferdinand Magellan. The movie goes from just a small heist to a whole trip around the world full of many different encounters. These encounters were with others who were racing to get to the treasure first. The other person looking for this treasure goes by the name of Santiago Moncada. Throughout the movie they get into heated fights with Santiago and his helpers.

Sullivan and Nate have to work smart and hard to beat Santiago to this valuable treasure. This treasure is one of the world’s oldest mysteries. They need to learn to work together to find the 5 billion dollars worth of treasure. If I were to give this movie a rating, I would rate it 5 stars. I found the movie to be very interesting and exciting, I would definitely watch it again.